I got this opportunity with CDK Global, Pune & below process details from CerTro Technologies Pvt. Ltd.
As this interview happened in month of May 2020, so interview happened over Zoom. And I will suggest not to use the online IDE being offered by CDK interviewers, as this IDE just s*cks to give the reason that you can't code. So try to use your own desktop IDE & share that screen rather. And if you get call with this Snehasish from CerTro, don't expect proper feedback from him, he is also like any other recruiter only & never get proper feedback, only can tell Yes or No.

Anyone looking for the answer of the coding, please let me know I will provide the perfectly working & innovative solution, which no one at CDK also would have ever thought of.
Coding problem was on Shopping Cart.
Then I had only one interview discussion once & interviewer was looking more about logics & approach but due to some miscommunication that interview was interrupted & rescheduled.
Next week I had the interview discussion with some other interviewer where I am pretty much sure, interviewer himself was not interested. So he just spent time in asking about the project in previous company. Then in last 30 mins he asked below 3 questions only -

Below is better version with less if-else statements - 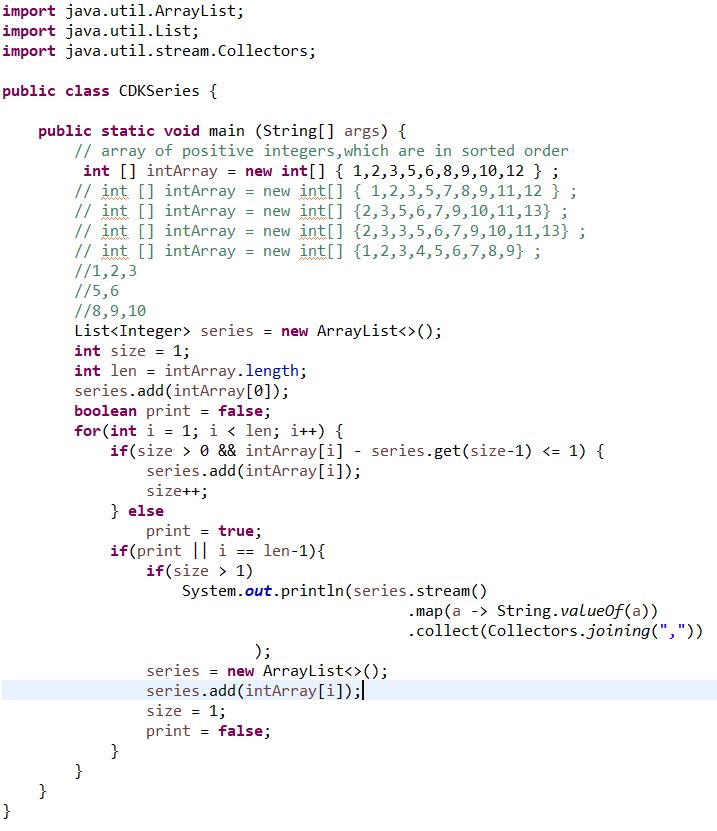 Enough show off for such simple problem, use below simple way -